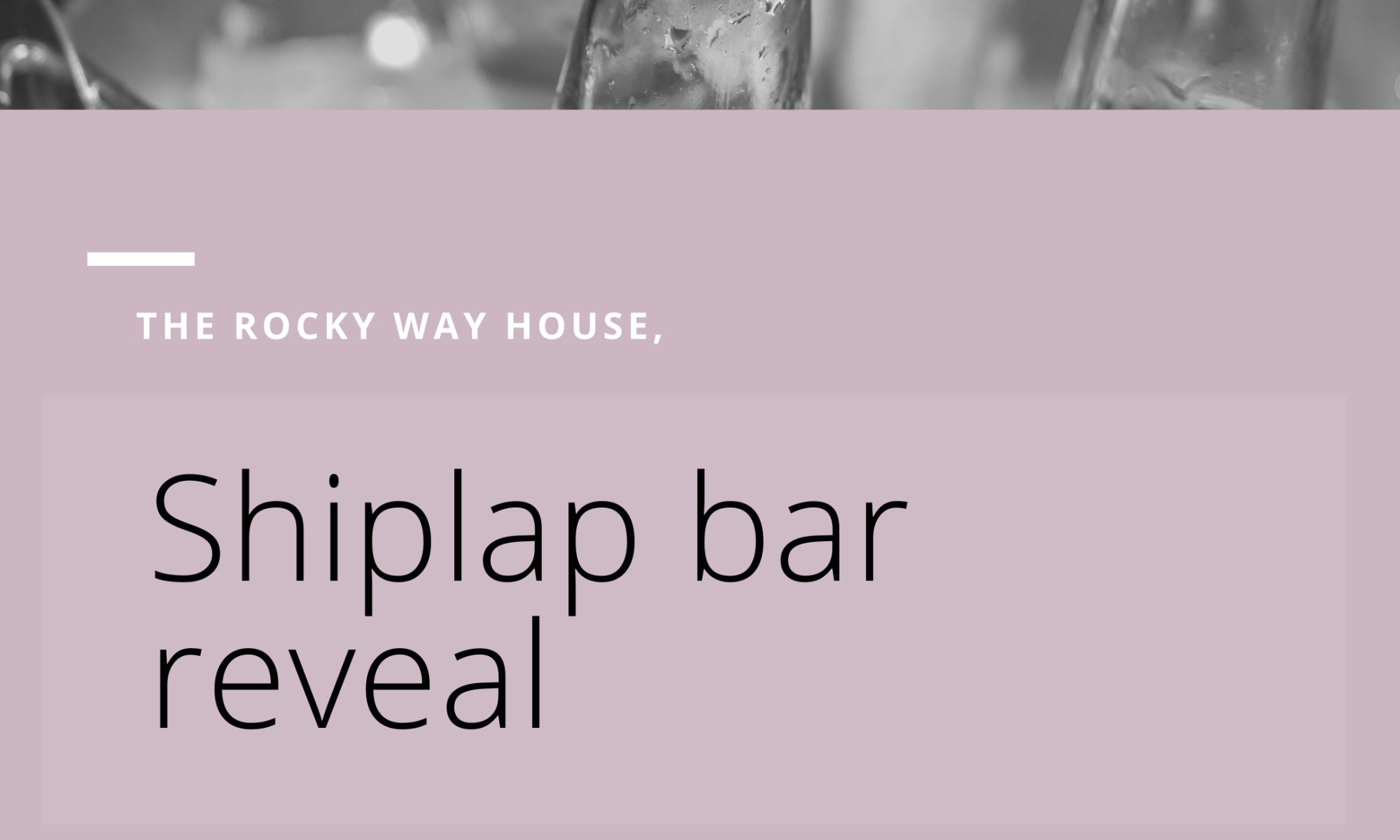 Hey Friends, welcome back! We had the beautiful bar in our basement that Devin built when he first moved in, with legitimate barn wood from his Grandma’s house. As rustic and beautiful as it was, we were discussing resale and thought maybe after building the fireplace that if we shiplapped it with nice white shiplap to match the fireplace it might go over better for potential buyers. We then decided to add that to the list of projects we were going to work on in the basement.

This one was obviously a fairly quick one for us as the bar was already framed from having it previously there. The reason we originally built this bar was because it had all the rough in for a 4th bathroom, which is just bizarre to me in a house this size to have 4 bathrooms so we decided to repurpose it as the bar. First we pulled all the old shiplap off and then replaced it with the nice stuff bought from Rona, which is shared in this post here. We painted it the same white as the fireplace to help with the cohesiveness of the space for future use! Devin build the bar top to be the same style as the mantle and we used the same stain as the fireplace. We also redid the shelves above with the same stain, again to just help pull everything in the same together. Since the bar was already build, I think the this one took half a day. The hardest part was the trim on the edges because the one from the fireplace was to small. We ran out to home hardware to get some more and made it ourselves.

I think it looks so much nicer and cleaner now that its done and with the fireplace being done I really think this is a fabulous space to have people hang out for us and for future home owners! Take a peak below for some before middle and afters and drop any questions in the comment box!! Also, apologies about the photos, its really hard to get quality in the basement with just one window!

Before, during & the full reveal!!

Here is what it looked like.. I really had to dig for this photo. An old house listing when we had it for sale for like 1 day lol!

Thanks for stopping by. I will share some updated photos when our new fridge makes it to us!

This site uses Akismet to reduce spam. Learn how your comment data is processed.

Welcome to The Rocky Way House! My name is Jamie. We are happy to have you follow along on our journey to curating our small home into a cozy & comfortable space. We live in a small townhouse so my main goal is to work with small spaces, utilizing them to their maximum extent while still creating a functional and warm space. I am here to share about working with what you already have & making it the best regardless the size!

Find us on our Socials